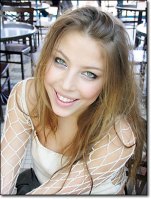 I first saw Ja Pace while dancing salsa on Commercial Drive back in 2001. It was in a beginner class, but she was amazing and so graceful. It was always a treat to see her dancing at the Latin nights. Ja stood out because of her amazingly positive energy and her unique fashion sense. She quickly became one of the best dancers in Vancouver’s local salsa scene.

2 years ago, in the spring, I got an email from Ja about a fundraiser. I did not pay much attention to it until she called a few weeks later asking me if I was coming to the event. Not having read the email, I asked her what the fundraiser was for, she said that it was for her… she went on to tell me about her rare blood condition. She went on to tell me how surprised she was that her story was on the cover of the Province newspaper that day.
http://www.canada.com/theprovince/news/story.html?id=5450378d-f14b-44b5-b389-30cb0a3f1253

My heart sunk reading the story. I never knew that anything could possibly be wrong with such a beatiful, positive person. She always looked so healthy. I never noticed the machine she wore daily to pump medication into her blood stream as she hid it well under her clothes. Blood transfusions once a month since 4 years old? Not expected to live past 40 years? She never told many people about her situation because she didn’t think anyone could really help until the opportunity came along to go to Rome where a doctor has had success doing a bone marrow transplant with the patient’s mother. The procedure was not covered by medicare, and cost $200 000, not including the cost of living in Italy for almost a year for preparation and recovery. I spread the word to as many people as I could. So many of our friends were shocked to hear about it. A few came to the fundraiser event with us.

I’m not sure how much was raised that night, but I knew she had a long way to go to raise the $200,000 needed by September. I mentioned Ja’s story to Jacquie Underwood, the editor of Vancouver Lifestyles magazine, introduced her to Ja and the following cover story was published shortly after.

I couldn’t get Ja and her difficult situation out of my mind. When Viktoria, one of our friends approached me about doing a calendar in order to raise funds for Ja, I got excited. The calendar consisted of some of our lovely Salsera friends. We spent months putting together the project with a lot of help from many people. My amazing manager, Annalissa headed this project and turned the campaign into a huge success; we had a launch event, where Gloria Mackarenko got on board as the MC. The calendar raised over $30 000 for her cause. Michael Buble made one of the largest donations. By the time we launched the calendar, Ja had already made her way to Italy with her family. 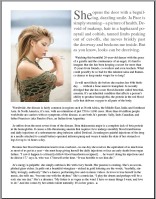 The procedure went well, however there were complications. Ja had to have her own bone marrow re-introduced, was kept in isolation for several months trying to recover from the many complications that resulted. At one point she was temporarily blind.

Ja has since returned to Canada, and remains the positive, creative, and wonderful human being that she has always been. She is an inspiration to me, and I have always enjoyed being around her. I have gotten to work with her on several shoots in the past few months. She is an amazing makeup artist and stylist.

She continues to go into the hospital for regular blood transfusions, and frequently encounters hurdles in regards to her health. She didn’t get the cure from her illness that she was expecting, but you’d never know it looking at her. She does not portray a sick individual, but rather lives her life to the fullest. She loves her family, loves her friends and truly enjoys every day she lives.