The phrase Kla-how-ya, which is the Chinook word for “welcome”, was the phrase of the day as visitors were greeted at the Pan Pacific yesterday during a media event which marked the erection of an aboriginal village in the lobby of the hotel. Representing First Nations from around B.C., the village will showcase their culture and remain in the Pan Pacific’s spectacular lobby throughout the Olympic Games. 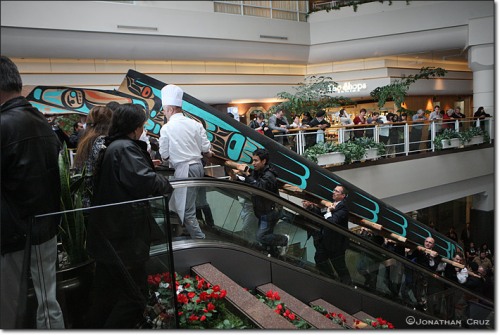 We were lucky enough to shoot the ceremony side-by-side with the talented Deo Cruz, who was able to help us capture all of the key moments as an event of this scale usually requires more than one shooter. We call him our secret weapon.

16 First Nations members got a hand from the hotel’s kitchen staff to carry the massive 40-foot ceremonial canoe Raven’s Song, which will be the focal point of the village, through the front doors and up two flights of stairs to a stage. The canoe was built by Bill Helin in 1993 for a journey to the Commonwealth Games in Victoria and is said to have been on eight different journeys since then. 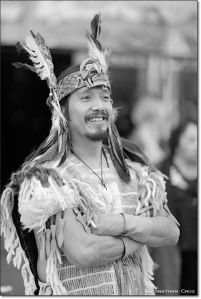 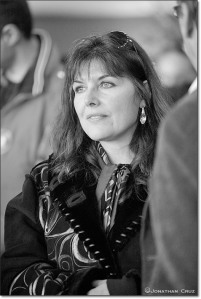 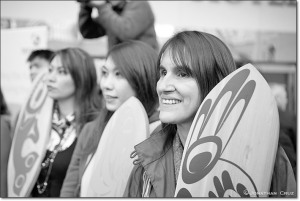 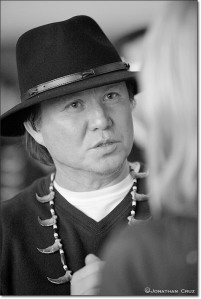 Helin, along with six apprentice carvers, took more than four months to carve Raven’s Song, representative of a Tsimshian war canoe, out of a 540-year-old red cedar log. The raven is also the most profound character in First Nations mythology.